JOIN OUR ALL GROUP

Where to watch live – Fancode

The pitch in Southampton has been a belter for batting over the last few games. The scores have been on the higher side and a cracker of a game seems to be in store. The chasing teams have won three out of three times at this venue.

Probable best batter of the match

Quinton de Kock has been in excellent touch for the Brave ever since he joined the team. In five matches, the southpaw has notched 180 runs at an average of 60 and a strike rate of 176.47. Having already scored two fifties with a top score of an unbeaten 72, the South African has shown his class. He needs to be on top of his game.

Probable best bowler of the match 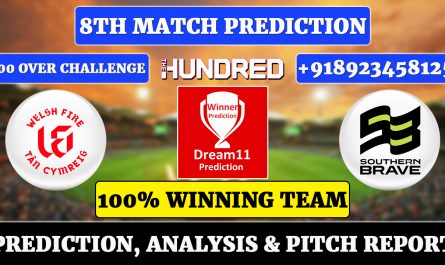